The fundamental aims and objects of the Rishikul Spiritual Education, as a whole, are purely spiritual, entirely non-sectarian, universally applicable and perfectly tolerant. The Rishikul Spiritual Education offers a peaceful haven wherein is provided ample opportunity and actual help for the restoration of peace to the troubled, conflict-ridden and psychologically traumatised personality of the modern man. Morality (from the Latin word moralitas that means “manner, character, proper behavior”) is the differentiation of intentions, decisions, and actions between those that are good (or right) and those that are bad (or wrong). It is determined by how one's genetic makeup interacts with the environment. The development of morality has been a subject of investigation for a number of decades, and our understanding of neuro-biological and psychological mechanisms has increased manifolds in the last few decades. Development of morality has been of particular significance to psychiatric literature because of its significant contribution to the development of one's personality and it's aberration in various disorders. Cultures that have been just, equal and moral have been widely accepted and appreciated. In this review, we shall summarize the modern theories of moral development and then look into a part of our past and cultural heritage and review the traditional Hindu concepts of morality and their contribution to development of one's personality and their relevance in the current times.

The Bhagavad Gita has always been of utmost importance and is arguably, one of the most revered religious texts of the Hindus. It consists of 700 verses divided in 18 chapters. It is considered to contain the essence and spirit of Hindu philosophy and is also a literary masterpiece because of its superb poetry. The great Hindu reformer Ram Mohan Roy referred to the Bhagavad Gita as the essence of all Hindu scriptures. To understand Bhagavad Gita, it is important to understand the context within which it is placed. It forms a part of the great epic, Mahabharata which is traditionally ascribed to the sage Vyasa. It revolves around the fight for the throne of the kingdom of Hastinapur. This battle is fought between the Pandavas (five sons of King Pandu) and the Kauravas (hundred brothers who are descendants of King Kuru) who are related as cousins. Pandavas have the legal right to the throne, but Kauravas take over the kingdom by cheating the Pandavas, in a game of dice. The Pandavas have Lord Krishna on their side as their guide, but he has vowed not to use any weapons in the battle. Lord Krishna is considered to be the incarnation of Lord Vishnu who is one of the Gods in Hindu mythology and considered to be the creator of this world. 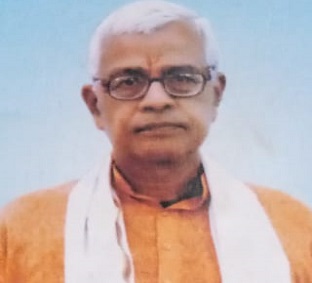